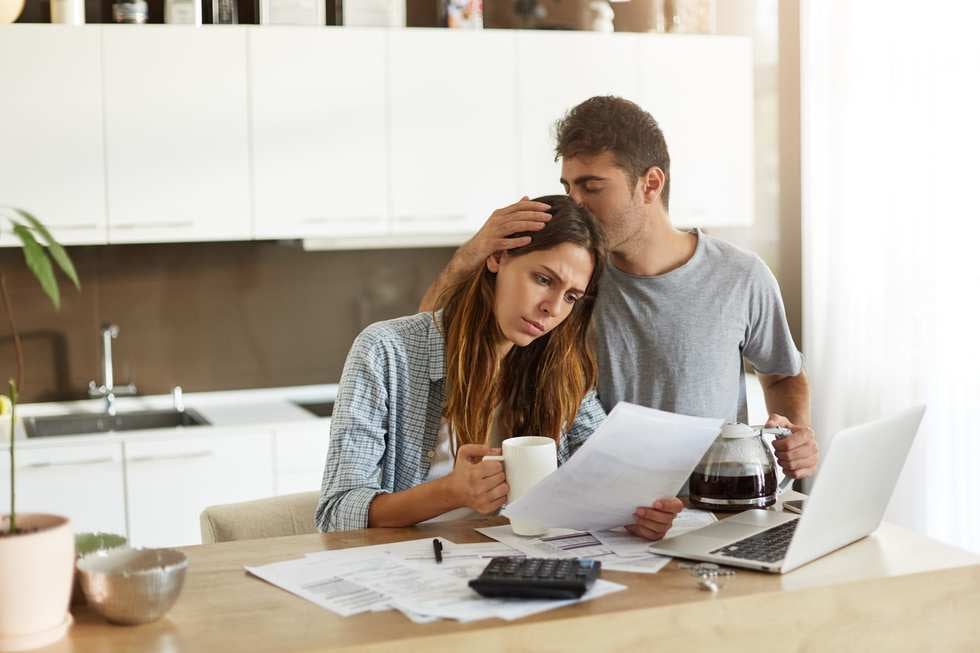 It's an extremely difficult debt to discharge, and only a few hundred people a year even try. Here are the stories of some who succeeded — mostly.

“Student loans are the second-biggest form of household debt in the United States. More than 43 million borrows hold over $1.6 trillion in student loans, a sum that has more than tripled in 13 years. It exceeds what Americans owe on credit cards or auto loans and trails only mortgages,” according to the New York Times.

With two mortgages, three children and $83,000 in student loan debt, the financial strain finally became too much for George A. Johnson and Melanie Raney-Johnson.

New bills kept piling up: The couple had to buy another car when Mr. Johnson wrecked one in a snowstorm, but their insurance didn't fully pay off the totaled vehicle. Old debts never seemed to get any smaller, either: A mortgage modification they spent months working on fell through when the bank lost their paperwork.

And their student debt, an albatross born of aspiration, grew heavier each month.

Bankruptcy was the only way out.

“It was not an easy decision,” Ms. Raney-Johnson said of filing for bankruptcy in 2011. “It was a feeling of despair, for sure.”

Bankruptcy gives over 700,000 debtors a fresh start every year. Bills for credit cards and medical expenses can be wiped away by a few strokes of a judge's pen, and debts that don't vanish are reduced.

But student loan debts don't go away as easily. For decades, politicians have slowly made them harder to discharge, while differing standards in courts across the country mean a debtor's chances can depend on where he or she lives.

The few debtors who attempt it are subjected to a morality play unlike anything else in the world of personal finance: so-called adversary proceedings, where they must lay themselves bare in court as opposing lawyers question how much they pay for lunch or give to their church.

The Johnsons tried anyway. They had borrowed about $45,000 for Mr. Johnson's degree in sociology at the University of St. Mary in Kansas and Ms. Raney-Johnson's pursuit of a bachelor's degree from the University of California, Davis. Unable to pay, they had received permission to put off their payments, but their balance nearly doubled as interest charges continued to pile up.

Mr. Johnson lost his job after they filed for bankruptcy and, unable to afford a lawyer, Ms. Raney-Johnson prepared their case. She remembers how she felt when they arrived at the Robert J. Dole Federal Courthouse in Kansas City, Kan., on a sunny September day seven years ago.

“My heart was beating, and I was sweating,” said Ms. Raney-Johnson, now in her mid-40s and a billing supervisor for a federal agency.

In 2015, the year the Johnsons got their ruling, 884,956 personal bankruptcy cases flowed through the courts. Only 674 sought to discharge student debt, according to a recent analysis by Jason Iuliano, assistant law professor at Villanova University.

The New York Times reviewed dozens of cases in which a judge issued a published opinion — the Bankruptcy Class of 2015 — to understand the pains and payoffs five years later. Some debtors are on a better course. But for others, the struggles never went away — or came back after they thought they were free.

Bankruptcy begins with debt, and student loans are the second-biggest form of household debt in the United States. More than 43 million borrowers hold over $1.6 trillion in student loans, a sum that has more than tripled in 13 years. It exceeds what Americans owe on credit cards or auto loans and trails only mortgages.

Sixty-two percent of students who graduated from nonprofit colleges in 2019 had student loan debt, according to an Institute for College Access & Success analysis. Their average balance was $28,950 — not including borrowing by their parents.

Many struggle mightily to pay: Before the government's coronavirus relief efforts paused federal student loan payments, 7.7 million borrowers were in default and nearly two million others were seriously behind.

The solution has been a public-policy patch job.

About eight million additional borrowers use income-driven repayment plans, which can be challenging to enter. And while the plans lower payments, borrowers accrue interest on the unpaid difference. The debt is eventually forgiven — usually after 20 or 25 years — but the forgiven amount is taxable income.

A related program forgives the federal student loan debts of public-service workers, tax free, after 10 years, but it has been deeply troubled. Borrowers have made payments for years only to learn they were in the wrong kind of payment plan. It got so bad that Congress had to create a separate pot of money to try to fix it.

The election could give momentum to a change: President-elect Joseph R. Biden Jr. — who supported a 2005 law that made private student loans harder to discharge — has vowed to change the loan rule back if elected. But few Republicans have voiced support for a plan to change bankruptcy rules. A House bill has one Republican co-sponsor, Representative John Katko of New York, but the Senate's version, led by Senator Richard J. Durbin of Illinois, has only Democratic support.

All the student debt poses a problem. Its weight, experts say, has macroeconomic effects, dragging on homeownership and small-business formation. But the fallout goes beyond simple economics.

There is also a mental toll. 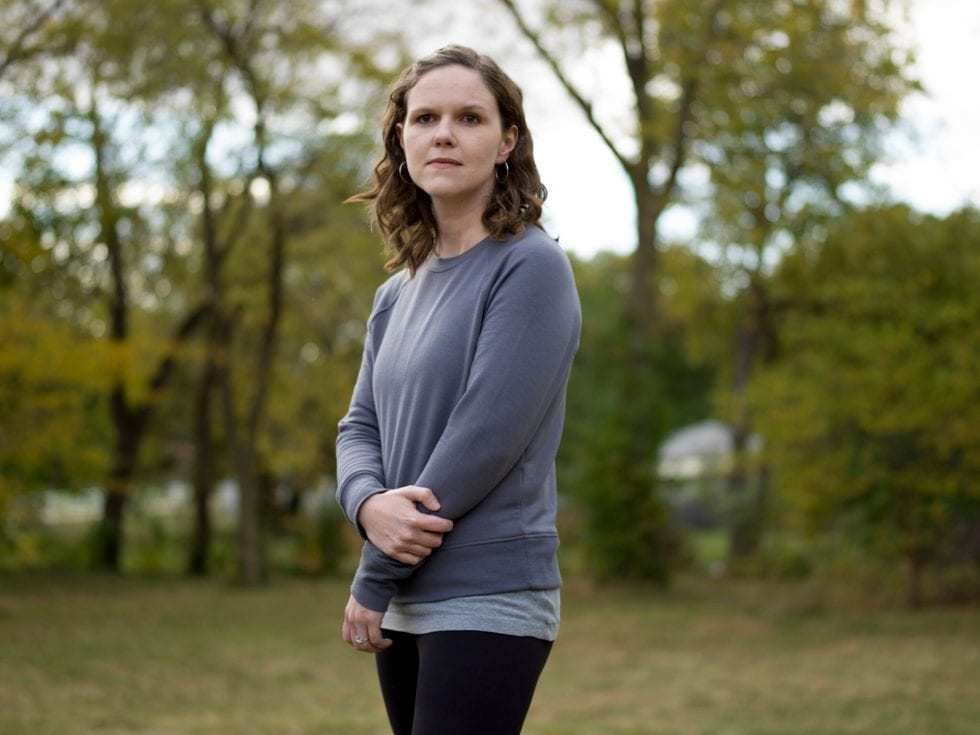 Noelle DeLaet earned a bachelor of fine arts degree from Nebraska Wesleyan University in 2008 — the teeth of the Great Recession. She tacked on another year for a degree in English to make herself more attractive to employers. Perhaps in publishing, she thought.

She left school with $110,000 in debt: roughly $27,000 from the federal government and the rest in private loans co-signed by her mother. The $810 monthly bill, set to climb when the payment plan on one private loan expired, soon overwhelmed her.

Ms. DeLaet, now 34, landed in the child welfare field as a foster care review specialist in Lincoln, Neb. — rewarding, but not lucrative. She sent out hundreds of résumés for better-paying jobs and pleaded with her lenders to reduce her payments. Soon, the creditors started in on her mother and put her on the verge of bankruptcy, too.

Ms. DeLaet's breaking point came in May 2012 when she ran up against the $4,000 limit on her credit card while trying to buy a burrito at a Mexican grocery. She felt so helpless at times that she considered suicide.

“I looked all over Google for some sort of support group for others going through this,” Ms. DeLaet said. “I felt like there was no way out.” 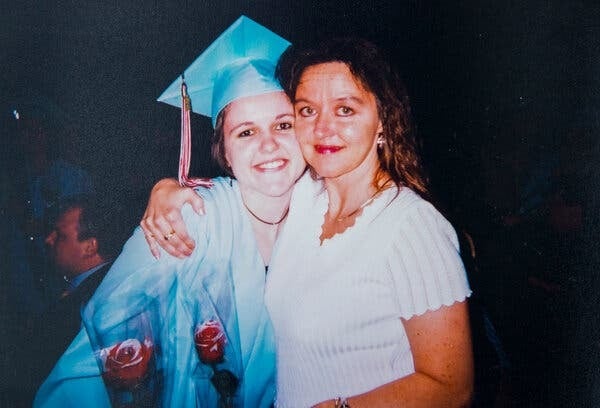 A photograph from Ms. DeLaet's high school graduation. Her debt started piling up shortly after.

When Ms. DeLaet squared off in court against her student-loan creditors, they quibbled with the $12 she spent each month on recycling. She should have tried harder for a promotion, they argued. Or moved somewhere else for more money.

Judge Thomas L. Saladino bristled at that idea. In his opinion, he wrote that she lived in the state's second-largest city, “as good a place as any to seek a better-paying job.”

The judge discharged about $119,000 in private loans, and an additional $23,000 was forgiven by one of her lenders. But her $27,000 in federal loans stuck: She's paying those back through an income-driven repayment plan costing about $260 a month. Because she works at a nonprofit, her debt should eventually disappear via the Public Service Loan Forgiveness program.

For Ms. DeLaet, the process was worth it: She has married her boyfriend, had two children and bought a home. Her mother is an “amazing” grandmother, she said, although they still cannot discuss the past.

“It is an untouchable subject,” she said.

The transformation in the bankruptcy rules began in 1976, with unfounded rumors.

A handful of legislators claimed to have heard about a parade of young doctors and lawyers who were trying to game the system and shed their debts while embarking on lucrative careers. The lawmakers toughened the rules, largely preventing borrowers from seeking a discharge within five years of graduation. The rules only got tougher over the next three decades.

Borrowers must show that their student loans are an “undue hardship” — a standard interpreted differently, depending on where you live. Some judicial circuits, including those in Nebraska, where Ms. DeLaet filed, have the judge review a “totality of the circumstances” for the debtor and make a decision.

Other jurisdictions employ a less flexible standard, the Brunner test, named for the case that established it. Judges must answer three questions affirmatively to discharge the debt. First, has the debtor made a good-faith effort to repay the loans? Second, is the debtor unable to maintain a minimal standard of living while making the payments? And, finally, is the debtor's situation likely to persist?

But even jurisdictions that use the Brunner test apply it differently. Some require the judge to find that the borrowers have a “certainty of hopelessness” in paying off their debt. Other jurisdictions do not.

Here, the Johnsons may have benefited from geographic good fortune.

Lawyers for the Educational Credit Management Corporation — a nonprofit that collects defaulted loans on behalf of the federal government — examined how the Johnsons spent their $2,100 monthly income.

Every expense was scrutinized, including Ms. Raney-Johnson's $35 monthly union dues, her $100 retirement contribution, and $215 to repay loans from her retirement plan. None, the nonprofit's lawyers argued, were necessary to maintain a “minimal standard of living.”