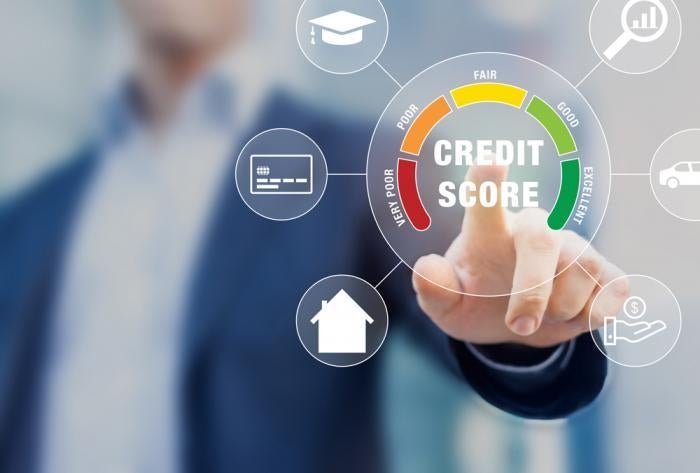 The Biden administration has a big target in its sights, or rather three big targets — Equifax, TransUnion, and Experian for credit reporting changes and scoring.

If President Biden has his way, he will create a public credit reporting agency (CRA) to compete with the three major credit bureaus and maybe one day replace them altogether.

The push for a public credit reporting agency is part of President Biden's job and economic recovery agenda. The president's agenda is inspired by a proposal from Dēmos, a liberal think tank with offices in New York and Washington, D.C. It calls for the formation of a new, national credit reporting and scoring division inside the Consumer Financial Protection Bureau (CFPB).

“Being able to obtain an accurate credit report and score is a critical step for homeownership,” says The Biden Plan to Build Back Better by Advancing Racial Equity Across the American Economy. The proposal suggests that a government-run CRA could fix a credit reporting system that frequently holds consumers back from becoming homeowners due to problems like credit reporting errors and racial disparities.

Numerous credit and lending experts, however, are wary of the new administration's plan. These experts don't deny the existence of a racial wealth gap in this country, nor do they dispute that it needs to be fixed. But they doubt that a public credit reporting agency is the answer. Instead, there is genuine concern that a federal credit reporting agency could make matters far worse for the struggling American consumer.

Racial Disparities in Wealth and Credit

Bad credit can cost you—both in the form of money lost now and opportunities lost for the future. This high cost is felt more heavily in communities of color.

For decades, racist policies like redlining shut Black and other minority families out of the opportunity to use government-backed mortgages to purchase homes. Such policies contributed to the racial wealth gap that still exists in the U.S. today. According to the Federal Reserve, Black and Hispanic families hold less than 15% of the wealth of white families, on average.

Today, lack of wealth leaves many families of color without sufficient savings to handle medical emergencies and other financial disasters on their own. They may be more likely to turn to predatory lenders as well. In the end, these factors further expose the credit reports and scores of these consumers to damage, perpetuating a cycle of racial inequity.

Amy Traub, associate director of policy and research at Dēmos, said that although credit scores never formally take race into account, that doesn't mean they're race-neutral. “[Credit scores] draw on data about personal borrowing and payment history that is shaped by generations of discriminatory public policies and corporate practices.”

“…Black and Latinx borrowers [are] more likely to be denied credit than white borrowers and more likely to be charged higher interest rates on everything from home mortgage loans, to credit cards, to car loans,” Traub said. “It's just one of many ways the financial deck is stacked against Black and brown consumers.” 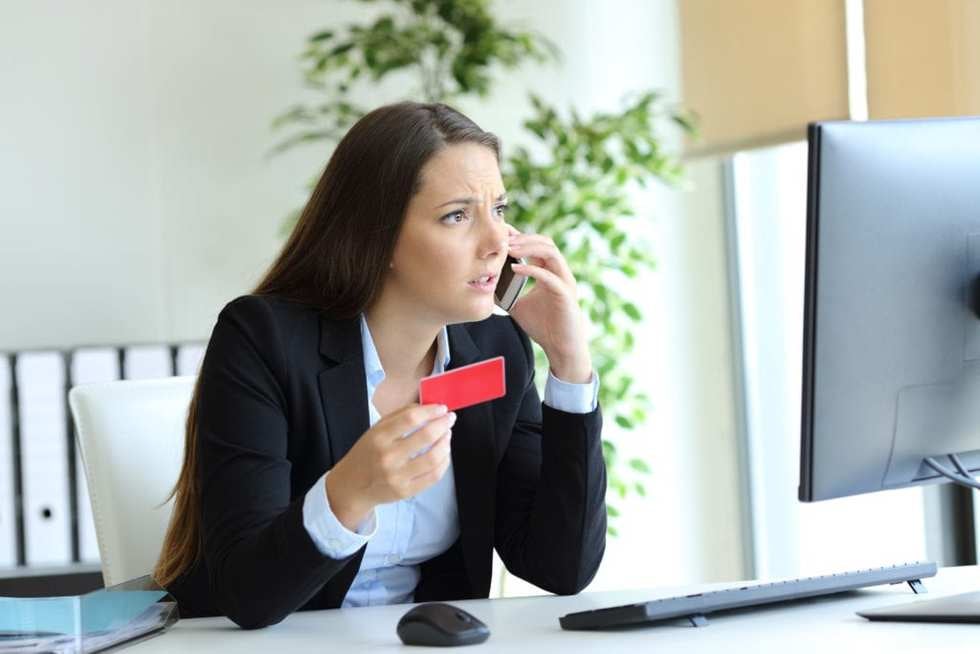 President Biden's jobs and economic recovery agenda also aims to address the issue of credit reporting inaccuracy. The Biden Plan notes that credit errors can stand in the way of Americans who would try to obtain a mortgage and purchase a home.

Mistakes on credit reports are a real issue. A Federal Trade Commission (FTC) study on credit report accuracy found that one in four consumers had errors on their credit reports. And those errors have the potential to lower the credit scores of those consumers.

Not only do credit reporting errors occur, they are sometimes difficult to correct. The Fair Credit Reporting Act (FCRA) gives consumers the right to dispute any information on a credit report that is incorrect or incomplete. When a credit bureau receives a dispute, it must investigate the matter and delete the account, update it or verify that it's accurate.

But disputes with the credit bureaus don't always work out in the consumer's favor. A 2015 follow to the FTC's original credit report accuracy found that “most consumers who previously reported an unresolved error on one of their three major credit reports believe that at least one piece of disputed information on their report is still inaccurate.”

Industry experts with experience in the world of credit reporting, credit scoring and lending point out several key shortcomings in the proposal.

The Dēmos proposal calls for a public CRA that's more transparent, consumer-friendly and puts power into the consumer's hands. Yet sponsors of the federal CRA idea can't explain how it would actually work.

“The proposals for a public credit bureau option all suggest they're going to eliminate any and all alleged problems regarding bias or accuracy,” said John Ulzheimer, nationally recognized credit expert formerly of FICO and Equifax. “But none of them explain in any detail how they plan on doing so. The question of ‘how' is never addressed.”

“…supporters of the public credit bureau approach, while well intentioned, are wafer thin on details,” Turner said. “These groups are overwhelmingly lawyers who have no experience as lenders/practitioners and who therefore do not benefit from the wisdom of experience.”

There's no indication that the CFPB would be any better at maintaining error-free credit reports on some 220 million consumers than Equifax, TransUnion, and Experian. Why? Because most credit reporting errors aren't caused by the credit bureaus themselves.

The credit bureaus are warehouses of information that they receive from data furnishers like banks, credit card issuers and collection agencies. “If you swap out Equifax, TransUnion and Experian for some government run warehouse, you're not eliminating the errors,” Ulzheimer said. “You're just changing the warehouse.”

13 Ways to Deal with Debt Collectors

Consumers have the right to dispute inaccurate information on their credit reports. And managing those disputes is a big job. The credit bureaus receive about 8 million disputes every year, according to the CFPB. When you do the math, that adds up to almost 22,000 disputes received each day.

Lenders Are the Gatekeepers

A federal credit reporting agency would not provide an easier path to homeownership, or any other type of credit access. The credit bureaus, after all, don't decide whether to approve or deny your mortgage application. It is lenders who are the gatekeepers to financing.

Francis Creighton is president and CEO of the Consumer Data Industry Association, the trade association representing the consumer reporting industry. He warned that blowing up the current credit system would make it difficult for lenders to issue loans, especially if you design its replacement to work in a different way. This hurts the very people the public CRA proposal is trying to help.

To a mortgage lender, a credit score means something. It helps that lender understand your risk profile.

In addition to reducing access to credit, there's a danger of increasing the cost of credit for everyone, even low-risk borrowers. That's exactly what has happened in countries that use a public credit registry system as a source of credit data for lenders.

“This should be an alarming finding for those who believe that the needs of the credit underserved will somehow be better served by a public credit registry/public credit bureau. In point of fact, less credit is available in such countries—an outcome associated with higher priced credit and more systemic risk,” Turner said.

The average FICO score sits at 711 as of October 2020. And while not everyone enjoys a credit score this high, nearly 70% of U.S. consumers have a good credit score. Tampering with the credit system that currently rewards these consumers with lower interest rates and better borrowing terms could cost a lot of people (around 155 million Americans) a lot of money.

The Dēmos proposal for a public credit registry calls for the nationalization of an entire industry. The result would be a massive increase of government in the lives of Americans.

“The most sensitive information that you produce in your day to day financial life would go instead to a government agency, to be used as they see fit. And we find that to be very troubling,” Creighton said.

If the proposal succeeds in eventually replacing the three major credit bureaus, thousands of workers would also be out of a job, Ulzheimer said. “That may be irrelevant to the supporters of this plan, but I guarantee that the 20,000 [or more] people who will be out of work are going to care a lot.”

There's a clear problem in the U.S. at the intersection of race, credit and wealth. Racial wealth inequality is a problem that our country can no longer afford to ignore. It's reprehensible and embarrassing that we as a nation have allowed this silent form of discrimination to continue for so long.

It's also evident that consumers are unhappy with the status quo where credit reporting is concerned. The Federal Trade Commission reports that credit bureaus, data furnishers (aka lenders, creditors, collections agencies, etc.), and credit report users were the companies Americans complained about most in 2020.

But the call for a public credit reporting agency creates a cure that's worse than the disease. It would kill jobs and put massive power over everyday financial life into the hands of the federal government. A federal CRA might also make lending more expensive and less attainable for all U.S. consumers, especially communities of color.

“The introduction of a public credit registry acting as a public credit bureau in the U.S. is most likely to be an unmitigated disaster for credit invisibles (who are overwhelmingly members of minority communities, younger and elderly persons, recent immigrants, lower and moderate income persons)” said Turner.

Rather, the public would be better served if politicians were willing to step across the aisle, work together, and come up with a better answer. Political leaders can improve the credit and lending system in this country without destroying it.

One solution that all parties seem to agree on is the value of adding certain other types of accounts to credit reports—namely utility, cell phone and rental payments. Multiple studies show that including this type of alternative data can dramatically increase access to affordable mainstream sources of credit. Alternative data sources could make the path to homeownership easier for those who have been shut out of the opportunity to purchase a home in the past.

“There are millions of people who are paying their rent, utilities, cell phone bills…they're paying a lot of bills every month. And they're showing an ability to repay a loan the same way they pay all of these other bills,” Creighton said. “We think the best way to address this issue is not to blow up the credit reporting system, but to make it work better by bringing more and new kinds of data into the system.”