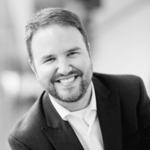 In 2010 Ryan joined a Minneapolis-based debt collection firm. There, he quickly learned the nuances of rights and regulations regarding consumers. As time went on, Ryan developed a deep desire to work for consumers – to protect individuals who are wrongly treated, often knowingly, by big business and banking institutions.

As Ryan frequently says, he's grateful to practice law in a way that aligns with his personal beliefs. He values his relationship with clients and strives to partner with each individual to ensure a fair outcome.

Like all native Minnesotans, Ryan loves cabin time Up North. He is also a self-described “avid indoors man” who enjoys cooking, reading, bar trivia, and board games. He lives in Minneapolis with his wife and two children.